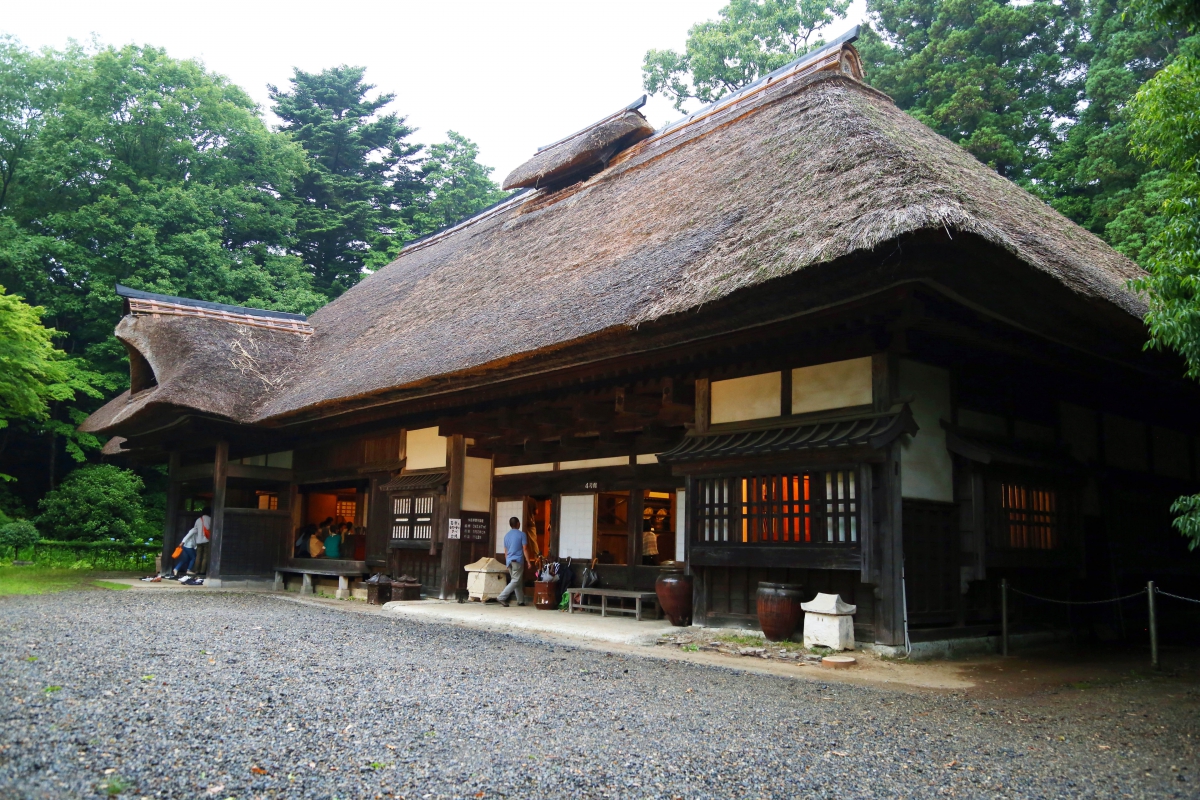 This building was originally the main building of the former Takano family's residence in Mashiko town. In 1942, Shoji Hamada dismantled it and moved it to the present location in order to use it as a lodging-house for his guests. It is said that it took about 10 years to complete. Mashiko Sankokan Museum's annex is exquisitely designed in the Mingei (folk-crafts) style, equipped with a variety of handcrafted folk furniture, including a stairstep tansu chest that Shoji Hamada had made by chest craftsmen in Mashiko. Visitors to the Museum are sure to enjoy the world of Mingei!
The Mashiko Sankokan Saikuba workshop building was originally the pottery-making part of the Kuroko family's residence in Kami-ageha in the town of Mashiko. It was built in the early Meiji period (1868 - 1912). Shoji Hamada moved it to its present location and remodeled it in 1941. Of all the similar buildings still in existence in Mashiko town, this building best preserves the original style of the saikuba pottery-making workshops built in the early-Meiji period.
Mashiko Sankokan Museum's annex was designated a tangible cultural property by Tochigi Prefecture and the saikuba workshop was named a tangible cultural property by Mashiko town.